Heaviest Kidney Tumour ever removed from a Human Being

This is the story of a 49-year-old lady, a native of Afghanistan. She had been suffering from bloating sensation in the abdomen and a steadily increasing abdominal girth for about three years prior to been seen by me. Of and on she would also experience dull ache in the left flank. She was investigated elsewhere and found to be having a giant tumour in the abdomen. With this information I saw her at a tertiary care hospital in New Delhi, India. A review of CT scan films revealed that a large fat containing tumour had replaced the left kidney while displacing the rest of the abdominal contents towards the other side of midline. The lady had been told earlier that this was an inoperable tumour. I decided to accept the challenging task and operated upon her on 7th February 2004 at Pushpawati Singhania Research Institute for liver Renal and Digestive diseases, New Delhi. The operation was conducted under general anaesthesia and lasted for three hours and twenty minutes.

A large abdominal mid line incision was made extending from xiphisternum to just above pubic symphysis. The tumour was removed intact with minimal blood loss, without necessitating any blood transfusion. The recovery was uneventful and patient was allowed soft diet the following morning. She was discharged on the fifth postoperative day from the hospital.

The recovered surgical specimen measured 39cm? 25cm ? 9cm. and weighed 7500 grams .It was reported to be angiomyolipoma, a benign tumour by the pathologist. The specimen has been preserved in formalin solution and displayed in my office. As per the search of published medical literature through Internet, this is the heaviest kidney tumor ever reported.

This has been acknowledged in the Limca Book of records, 2009 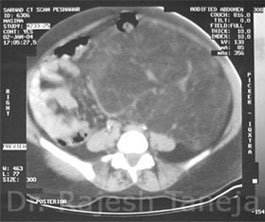 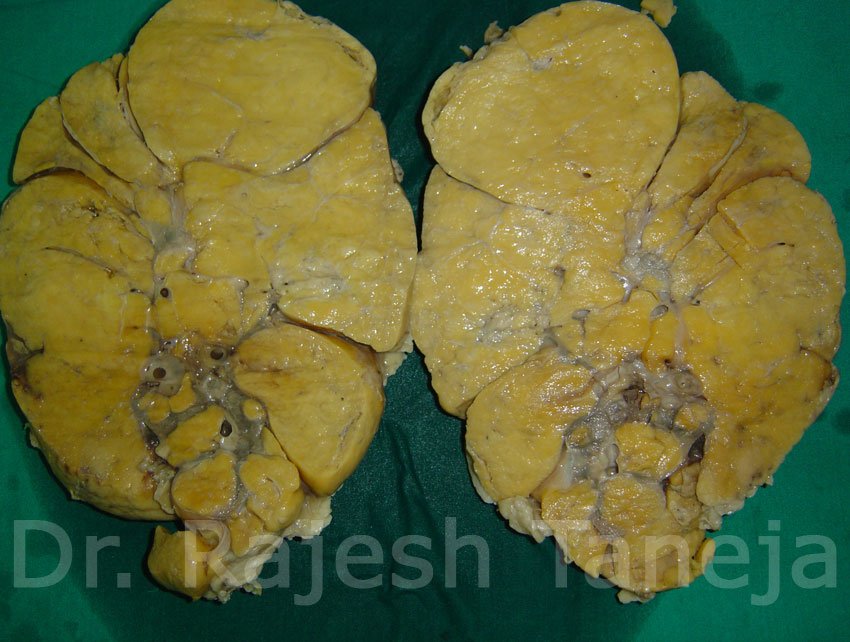 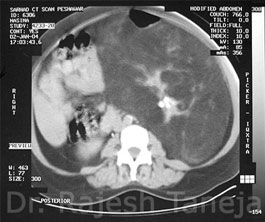