This is the story of a 19 year old boy S.D., who suffered liver failure at the age of 12 years. He underwent liver transplantation in 2002. Except for some initial problems after the transplant he was doing reasonably well till few months ago when he developed fever and jaundice again. He was found to have developed obstruction to the flow of bile due to formation of stones in the ducts within his liver. The ducts within his liver had become congested with pent up bile.

He underwent a procedure for draining the obstructed bile, which was done by passing a thin tube from the skin into the liver under ultrasound guidance. This relieved him of his fever and jaundice, but he continued to carry a tube and a drainage bag attached to his tummy. The surgical removal of stones and correction of the obstruction was considered and discussed with the parents of the child. In view of the high risk of this operation including fatal complications, his parents did not give consent for the surgery.

He was referred to PSRI hospital where Dr. Rajesh Taneja, a Senior Endourologist took up the challenge. The procedure was well planned and thoroughly discussed amongst the team members. The procedure needed certain improvisations in the instruments which were duly carried out. The routine technique of removing stones from kidney was modified to extract stones from the ducts of liver. As per the plan, a flexible cystoscope was passed into the duct after widening the tract from the skin under x ray- fluoroscopy guidance. Having reached to the stones, Holmium laser was used to disintegrate the larger stones while the smaller ones were simply picked up with endoscopic forceps. It was planned to cut the obstructing scar tissue through using laser, but it was not required as the obstruction cleared up after disintegrating the stones.
The patient was absolutely fine in the post operative period and discharged without any tube after adequate observation.

To our knowledge and belief, this is the first such procedure done in the world as per Published English literature.

The challenges in this case were 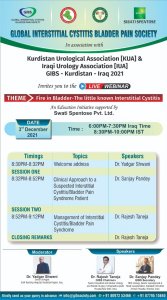