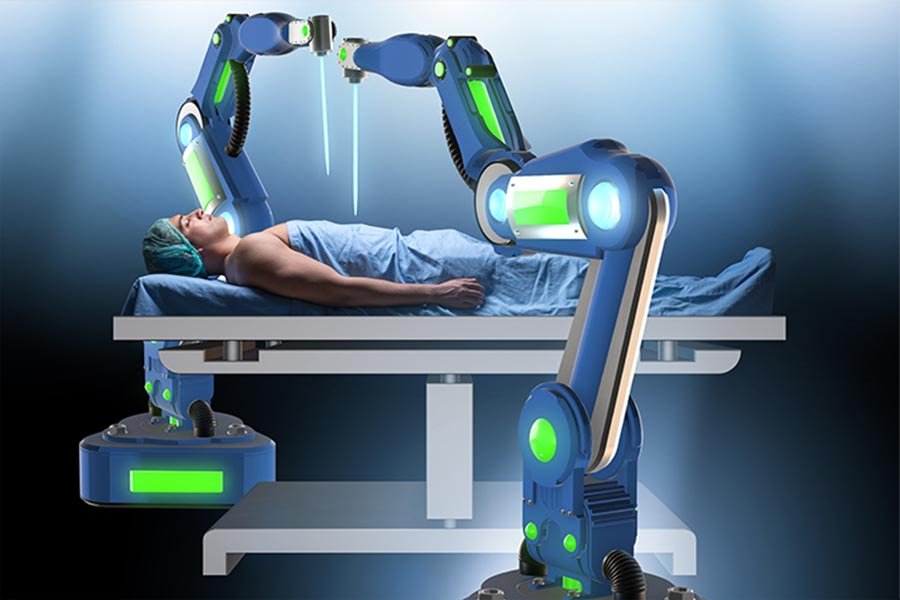 Loss of significant length of ureter can be treated in various ways.  A case of retroperitoneal benign tumour in a young male causing loss of almost 15 cm of upper and mid ureter treated by auto transplantation is being presented

Twenty five year old male presented with history of right flank pain of few weeks duration to a urologist, who upon ultrasound and IVU examination arrived at a diagnosis of right hydro uretero nephrosis, secondary to perhaps a radiolucent stone. A retrograde ureteroscopy revealed non negotiable right mid ureter with contrast spilling into a cavity in retro peritoneum. The procedure was abandoned and a CT scan revealed a retroperitoneal tumour communicating with ureter and a functioning right kidney draining into this tumour cavity. After an initial percutaneous drainage, exploration with excision of tumour was done. During surgery, ureter 5 cm distal to PUJ was found to be engulfed in the mass. Distal ureteric stump was seen in the bony pelvis below the bifurcation of iliac vessels. Right nephrostomy was done and tumour which was found stuck to IVC was shaved off the IVC. The histopathological examination of the specimen revealed benign pathology. Three months later, auto transplant was done and the patient has been asymptomatic for 1 year post operatively.

Auto transplantation is a viable option for treatment of loss of ureter in a setting of benign disease.